The following article is a game for the Nintendo Entertainment System. 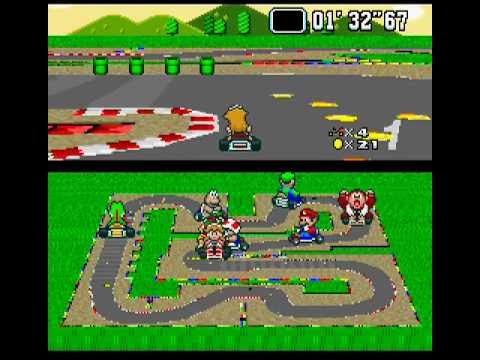 Super Mario Bros Two Players Hack finally brings the co-op experience to the classic NES title Super Mario Bros. allowing the dynamic plumbing duo to tackle the trials of the Mushroom Kingdom side by side.

While not the first of the Mario franchise, Super Mario Bros. is the franchise’s most iconic game and responsible for popularizing the platformer genre as a whole. With over 40 million copies sold for the NES, it has cemented itself as the best-selling Mario title and among the best-selling video games of all time.

This game has the following new features

If you want to see a video of Super Mario Bros Two Players Hack in action, check out the video below.

It’s dangerous to go alone. Who better to watch your back than your very own twin brother? Super Mario Bros Two Players Hack borrows inspiration from Nintendo‘s New Super Mario Bros. and brings us the co-op experience all fans have dreamed of.

This hack takes the already near perfect Super Mario Bros. and manages to make it even better. The co-op experience is seamlessly integrated with no noticeable input lag or hiccups during gameplay. Players will be able to coordinate their efforts as they set out to rescue Peach and save the Mushroom Kingdom.

Limited field of view and limited items makes Super Mario Bros Two Player Hack a game of communication and synergy. Both players must reach the end of the level so both will need to have a grasp of mechanics and use their knowledge about each level’s design if they aim to succeed.

The graphics in the original SMB remain unaltered for this hack outside of a minor tweak to the UI to represent both players points and coins collected.

While Super Mario Bros Two Player Hack presents itself in the vein of the Wii title, New Supers Mario Bros. (NSMB), it establishes a handful of features that make it superior. Unlike in NSMB, players will not have to worry about colliding with one another potentially knocking their partner into various dangers or pitfalls. True, that removes the ability to pick up your partner or use them as a spring board to reach greater heights but the benefits of that feature hardly weigh up against the problems it can (and will, inevitably) cause.

This hack passively incentivizes teamwork and adds some difficulty by forcing level failure if either of the players die. Both players will have to carry their own weight or else the co-op experience will rapidly turn into a solo one.

No changes to the original game’s audio were made for this hack.

If you wish to play this game you can download the Super Mario Bros Two Players Hack Rom by clicking here.

So is this game worth a try? Super Mario Bros Two Players Hack is a dream come true. Whether you are introducing someone to platform gaming or talking and old challenge with a friend, this hack is bound to present hours of fun with laughs and bickering.

If you have played this game please let us know what you thought of the game by leaving us a comment.