The Best Tower Defense Games on the internet

It is an idea that shouldn’t work but somehow does, and with considerable style. Based on the rpg-style Pokémon gameplay but worked around the tower defense layout, Pokémon Tower Defense is where it all started, allowing you to capture, train, and battle Pokémon to your heart’s content. 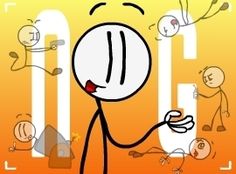 The second game is a unique blend of the catch-em-all fun of Pokémon with the widely-loved and hugely popular genre of tower defense. One aspect that can put off more casual players, however, is the time needed to train up your Pokémon: the hacks applied to PTD 2 hacked speeds up the training process and allows you to enjoy all of the fun of the original game but without the waiting.

There is only so much you can do with limitations of a ‘tower defense’ label, but Kingdom Rush manages to stand as a fine example of a tower defense game without even pushing the boundaries of the genre due to its solid gameplay and upgrade system.

You’d be a fool to underestimate the sheer, unbearable pain involved in waiting for the sequel to your favourite game to come out. It isn’t physical pain, of course, since this could be ridiculous and we must remember that we are dealing with fictional representations of imaginary scenarios brought to us via the medium of consoles and computers for the purpose of our entertainment here. It isn’t war, it isn’t hunger, and it most certainly isn’t famine; it most definitely is a first-world problem that only people with too much time and money with too little patience and gratitude will ever experience.

Us gamers aren’t idiots: we know when we’re being fobbed off with tower defense mediocrity, and we just won’t stand for it. What we will stand for, however, is a tower defense game that doesn’t quite lead by example, but in fact is the example of a game doing the genre correctly. Defend Steampunk Tower against swarms of different enemies with a variety of upgradable turret weapons in this extremely stylish and unbelievably brilliant tower defense game.

Who left that precious orb out in the open for just anyone to steal? It’s always a bad idea to be optimistic and hope that no one is going to steal your magical orb, but this just isn’t the case in Gemcraft 3: Labyrinth. Defend your orb with gems of various power and ability against enemies of different properties , earning upgrades and increasingly effective structures along the way.

Ninjakiwi have a habit of being responsible for laying down some damned fine flash games on the internet for us all to enjoy. As far as habits go, it most definitely isn’t the worst: this habit has brought us titles like the quirky Bloons Tower Defense 5 and the apocalyptic SAS Zombie Assault TD, and for this we should be eternally thankful for NinjaKiwi having made the world of tower defense a noticeably better place. Our gratitude to NinjaKiwi can only continue to grow, this time from the seedlings of their defensive real-time strategy offering, Battle Panic. A game combining strategic elements of tower defense with real-time battles and a unique mouse-hover control system, Battle Panic isn’t particularly original, but its individual elements combine to form a refreshing take on the real-time strategy style, so is a sequel in the realms of possibility? If it is, then there are a few improvements that could be made to ensure that NinjaKiwi continue their streak of game-development greatness.

Good vs Evil? Light vs Dark? Treasure vs no Treasure? I’ll take treasure any day of the week, but what if said treasure is in possession of a dark lord? It’s just your luck that in Cursed Treasure 2, this lord is you, and you must build some towers of unimaginably evil deviousness to stop the good people from stealing it back. Intrigued? You should be.

Regular living enemies just too run-of-the-mill for ya? Perhaps the thought of going back to medieval times in yet another standard tower defense game sounds a little too 2012 for you? Either way, the tower defense doctor will see you now and prescribe you some SAS Zombie Assault, Tower Defense strength. Blast zombies with machineguns, grenades, snipers, and a vast array of modern weapons as you try and stop the undead from causing the next big extinction event in human history.

Many games claim to be of the tower defense genre, but few actually dare to push the possibilities of the format far enough to be memorable. Incursion 2 is one of the few tower defense games that remains with you long after you have played it as perhaps the best game of the genre since Kingdom Rush, and I do not say that lightly.

Tower defense games rarely make an effort to stand out from the crowd, but Bloons Tower Defense 5 is one of the games that manages to do just that. Pop waves of balloons by carefully placing monkey towers around the level in order to survive each round.

If there was ever any doubt as to the sheer greatness of the Bloons Tower Defense series as an effective leader of its genre, a triumph of flash-based gameplay, and indeed a perfect example of all the features that a game should have, then just voice your opinion on one of the many topics in one of the many internet forums relating to the series, and just see how well that goes down. Bloons Tower Defense 5 , the latest title in Ninjakiwi’s hugely successful series of tower defense masterpieces, is a title that stands at the pinnacle of both the series and indeed the genre in general. Very few games can meet the level of style and elegant design combined with the hugely inventive and wildly imaginative content of the game, which is why we’re going to just have to wait for Bloons Tower Defense 6 to materialise before we play anything that can even come close to equalling the immensity of Bloons Tower Defense 5. It’s too early for an actual sequel, so instead I just fancy throwing around some casual ideas and perhaps collect a few light concepts pertaining to the not-yet-existent Bloons Tower Defense 6.

Forge of Empires is a multi-dimensional game combining real-time strategy, turn-based battles, resource management, and the ability to perform research to take you on a journey through the centuries.

If you have a particular interest in games that employ the use of simulated physics to add a new dimension of challenge to the controlled destroying of objects, then Crush the Castle 2 has been missing from your life. Get accustomed to the mighty firing of the trebuchet in order to smash a series of castles, killing the royalty inside and earning you satisfaction, and also increasingly deadly ammunition. Put Angry Birds down: Crush the Castle came first, and it is by far the superior title.